strive4impactJuly 15, 2012 That is Fascinating, Travel 9 Comments

When Carrie and I left Colorado in October of 2009 to travel the world for 2 years, we packed our lives into plastic storage tubs, which we call crates.

In many ways, those crates have been a metaphorical representation of our return to America.

I detailed some of that experience in a few of the posts I wrote back in November and December, 2011.

When we got back, very little had changed (which was nice in many ways), but everything was different.

Re-entry into America was amazing in that we live in a country of such abundance.

Returning to the US was amazing for us personally because we get to enjoy Colorado, see our families, and meet new members of our families (two new nieces) who had been added during the 2 years we were living and working all around the world.

Re-entry into America was also chaotic.

Those are all different topics for a different post.

Back to the crates…

Here it is, mid-July, and we are living in an apartment that we’ve been living in for more than 6 months.

And… we’re still surrounded by these large plastic crates.

Part of the reason these crates have remained packed is that it seems we’ve been on the move, in our lives, almost since getting off the plane in November 2011. We’ve really been going from one thing to the next, with very little chance to stop and completely unpack.

However, it seems that the majority of the reason we haven’t unpacked is that there is a part of me (Carrie too) that is still living in that packed up state.

There’s a part of me (Carrie too) that wants to live in that packed up state.

While living from a suitcase for two years, you realize how truly few things you need.

There’s a significant level of comfort, security, and freedom which comes when you realize and embrace that you need very few things in life. That freedom is accompanied by a huge mental clarity which comes because your mind is free of the clutter which comes with stuff.

“Stuff” comes with all kinds of questions for your brain to work on.

The number of questions which come with each item in your life are limitless.

“Do you know where I left my keys?” isn’t a question (at least is a rare question) while traveling, because there are only a few places to look, and only a few keys (which change every time you are in a new place).

As an example of less stuff, we each had about 5 changes of clothes for 2 years. But now that I’ve unpacked (even after getting rid of 2 FULL crates of clothes), I have a largish closet full of clothes.

And I remember getting annoyed with myself in February of this year.

I was staring at the closet attempting to decide which sweatshirt to wear.

Am I honestly thinking about this?

This never would have been a thought while traveling.

I’m thinking about this on a day I’m going to only be at the apartment and maybe go to the grocery store?

Does it really matter? Is it even worth spending time on?

Some people will say yes, and you can rationalize and justify forever all the reasons one sweatshirt is better than another on any given day. However, from a big picture perspective, does it matter to choose one sweatshirt over another?

The answer pretty much always “No, not really.”

Jeff Neet (a friend) says it this way: “May all your problems be first world problems.”

And it’s more convenient to have that thing if you have a drawer or a cabinet to store it in. 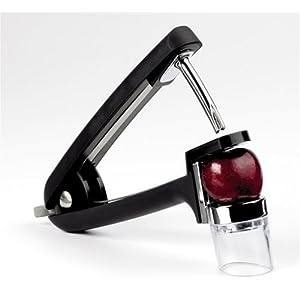 The example I’m thinking of now is a cherry pitter.

A cherry pitter is the most perfect tool for removing the pits from cherries. It does nothing else, and I would never travel with a cherry pitter.

But when you live in one place for a while, and enjoy cooking with cherries, a cherry pitter is just perfect.

I say all that to say that this weekend, Carrie and I decided to have Saturday just to ourselves, to unpack from the crates.

It makes sense to unpack our packed up life, at least for the next 6 months, and to really make this place our home.

We’re always home with each other no matter where we are, but we know we’ll be living here for at least the duration of our rental agreement (which runs through the end of 2012).

My fear, and my experiences, have been that I lose a lot of the clarity I had while traveling when there’s “stuff”.

This physical clutter (though nice in many cases) is also accompanied by mental clutter and mental chatter.

The challenge, and my goal, is to keep the physical clutter simple, and picked up.

There’s very little I can do to keep my mind as free as it was while traveling, but if I can subconsciously know where the “stuff” is, my active brain can stay more focused on the more important things I want to work on and create – in our lives and in the world.

How about you? Do you feel that “stuff” also creates mental clutter, or no?

9 thoughts on “Unpacking Our Packed Up Life”